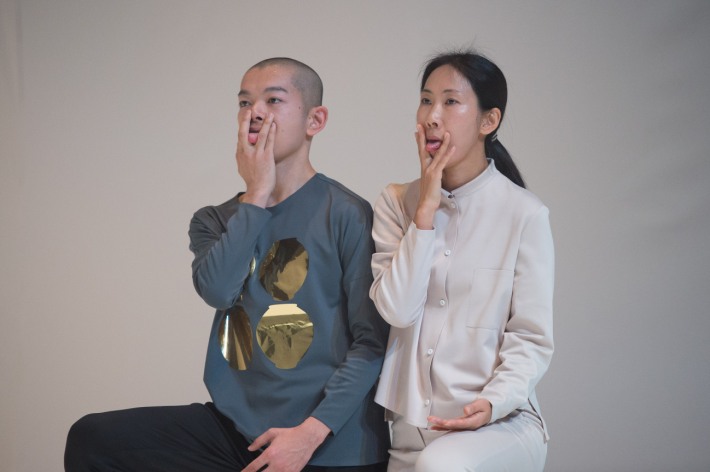 Reprise is an act of remembering dance from historical and classical formats. The performance attempts to reflect the past to connect ourselves into the future by creating our own tradition in the present time. During the play, our imagination is encouraged by quoting and passing on each others physical cultural memories from a wide range of movement languages, gestures, representations and the production of cultural images in dance. Reprise investigates our fragmental memories as an archival storage that we have learned and experienced deeply or superficially. The performance focuses on the tension between our current body and the old form of dances while facing two different cultural bodies. What gaps occur? How do we make a space where a third thing could appear? These questions are leading us to a contemporary tradition.

The duo reminds me of two heroes in a novel: coming from different, competing, maybe even fighting cultures, they take each other by the hand, face big challenges and walk towards place of belonging, where you and I can live side by side without becoming the same. Reprise is a walk through Histories and through cultural memories. How can we live together, now?” 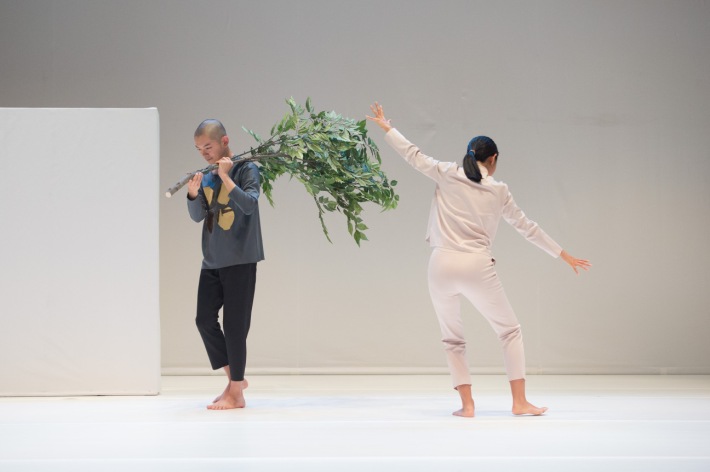 Jee-Ae Lim and Pijin Neji started collaborating as both were occupied with questions on how the individual body is shaped by the personal and cultural history. They’ve been learning each others’ dance practice to reflect on and confront a different notion of the body. Reprise is their second collaboration.

Lim came from a traditional Korean dance background, and has been working between the notion of tradition, Korean dance and contemporary sensibility. After she finished her M.A. in choreography Solo/Dance/Authorship at HZT/UDK in Berlin, she was invited in the artist residency at K3 Tanzplan Hamburg and ‘Visit ing Fellows’ at the Saison Foundation in Japan. She has been awarded ‘Less Movement’ at the ImPulsTanz as part of the ‘8 Tension’. She was nominated as ‘White Hope’ in the yearbook 2014 of the magazine ‘Tanz’ Berlin and ‘The next generation of young leading artists 2015’ from magazine ‘Gaeksuk’ in Korea.

Neji was a member of Dairakudakan, a butoh company from 2000 to 2004. He studied under Akaji Maro and danced in all of the company’s main productions while he was a member. After leaving Dairakudakan, he began his career as choreographer/dancer. His piece “the acting motivation”, a self-documentary based on Neji’s own experience with part-time work in a supermarket, won the Festival/Tokyo F/T AWARD. Neji is Saison Foundation Junior Fellow in 2015-2016.